Excel College of Pharmacy Organized Awareness Programme on World AIDS Day observed by II-B.Pharm students 01.12.2022 at Seminar Hall. Various events were show cast by the students to create awareness about the objective of the day among budding Pharmacists.

Institution Innovation Council, Excel College of Pharmacy Organized Awareness Programme on National Pollution Control Day observed by I- D.Pharm students 02.12.2022 at Seminar Hall. Students presented details about various types of Pollution and the importance and role of public in controlling them.

Excel College of Pharmacy in association with Indian Pharmaceutical Association Organized “Public Awareness Rally” to commemorate the 61st National Pharmacy Week Celebrations on 25.11.2022 at Komarapalayam. Around 300 students participated in the event and aroused awareness about the right use of medicines and the role of Pharmacists in health care team.

Department of Pharmacy Practice,  Excel College of Pharmacy Organized “Antibiotic Awareness Week” from 13.11.2022 to 19.11.2022. I-B.Pharm students participated in the events and released a flip book for public awareness.

NSS volunteers took over the Clean India Drive – 2.0 as per the direction of the Government of India and cleaned public places including Beach at Puducherry on 14.10.2022.

Excel College of Pharmacy organized various activities in connection to the DRIVE AGAINST DRUG ABUSE for three days from 11.8.2022 TO 13.8.2022. A Pledge was undertaken by all the students to prevent illicit drug trafficking.

Excel College of Pharmacy organized various activities in connection to the WORLD ENVIRONMENT DAY for four days from 2.6.2022 TO 5.6.2022. Awareness was created to preserve the eco-system and conserve nature.

A new campaign launched by Honorable Prime Minister Narendra Modi on 08/10/2020 pledged against prevention of COVID-19. As per the instructions from The Tamilnadu Dr MGR Medical University, Chennai Tamilnadu, Excel College of Pharmacy, Komarapalayam organized “Jan Andolan for COVID-19 (Appropriate Behaviour) Pledge” on 23.04.2021 by 10 am at College campus. Prof. Dr.R.Manivannan, Principal, participated as guest of Honor for this Programme. The pledge has been read out and it was repeated by all, promising to wear a mask / face cover in public places, maintaining a minimum distance of 6 feet &amp; to wash hand frequently and thoroughly with soap and water. Information on vaccine currently available in hospital along with registration process for COVID-19 vaccination phase 3 made available for people from May 2021.  All teaching faculties and Final B.Pharm Students have taken the pledge.

As a part of CAB Programme, aimed at creating awareness among public, Rangoli Awareness Program was held at Excel College of Pharmacy on 24th April 2021.The Rangoli was designed by Final B.Pharm Students, with the aim of creating awareness among people about on ongoing pandemic situation.Rangoli having quotes like “keep social distancing”, “ wear mask”, “use sanitizer”, “safety”, “healthy food”, “water”, “social distance” were made on the floor as a part of the awareness program campaign.

Excel College of Pharmacy held a rally to raise awareness about the COVID-19 pandemic along with local police officials in Komarapalayam and masks were distributed to residents. Students at the awareness rally urged people to wear masks, use hand sanitizers, clean their hands regularly, and maintain a social distance of 6 feet between them. Masks are the best way to protect oneself from the corona pandemic. The students also distributed stickers to shopkeepers to raise awareness of all of the safety precautions. Stickers were placed in all of the stores.

World Pharmacist Day 2020 was celebrated by all Staff and the students with great joy. Prof. Dr. R. Manivannan, Principal, delivered Key Notes at the beginning of the event and addressed various activities organized by the college on the occasion of World Pharmacist Day. He clarified the theme of “Transforming global health “for this year’s Pharmacist Day. College has organized online Webinar on “Pharmacist Role in Transforming Global Health Post COVID 19”. Dr. Gopal V., Professor-cum-Principal & HOD Pharmacognosy, Mother Theresa Postgraduate and Research Institute of Health Sciences, Puducherry explains the Different facets of the pharmacy profession were addressed, along with the roles and challenges facing pharmacy professionals. With his unique and traditional way of interaction, he won the hearts of all students and at the same time told them about different strategies and policies adopted by India to promote generic drugs.

An event on the occasion of ‘World Polio Day’ Awareness rally was organized by the Excel College of Pharmacy, along with Rotary club of sankagiri & Rotary club of Sankagiri west on 24 October 2019. The campaign was launched in 1988 to raise awareness of the eradication of polio, making the world ‘POLIO FREE.’ As well as to commemorate the efforts made for this purpose by thousands of doctors, pharmacists and other volunteers. Cases of polio have since been reduced by 99 percent worldwide.

Excel College of Pharmacy, observed the International Yoga Day on June 21, 2019. The function started with short speech regarding the importance of International Yoga Day and the benefits of making yoga a part of our daily routine. The yoga instructions and demonstrations were given for students and the faculty members attended the sessions. The yoga programme included introduction and practice of 12 yogasanas – Tadasana, Trikonasana, Ardhachakrasana, Bhujangasana, Vakrasana to name a few and three pranayama namely Kapalbhati pranayama, Bhramari pranayama and Anulom-Vilom pranayam

The mega plantation drive was carried out at Excel College of Pharmacy to observe World Tree Plantation Day. The college students were planting saplings to observe the World Tree Plantation Day on the college campus along with the faculty members. At 8 am, the plantation drive started, where the student community planted the saplings. The students and faculty members of the college have planted as many as 50 saplings at the campus. Students and faculty members made a vow during the planting process to plant more trees and protect the world.

The 73rd Independence Day was celebrated at Excel College of Pharmacy. The flag hoisting ceremony was attended by both teaching and non-teaching faculties. 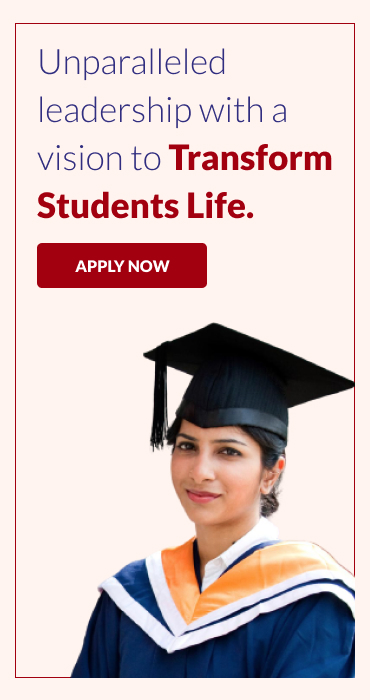